So...it wasn't quite as good as I was getting before.  My explanation is that battery voltage will always tend to sag a bit when you draw large currents.  Pulling an amp through one of these cells might drop the output voltage by 500mV or so.  Drawing an amp through five of them combines their voltage drops and dips the output voltage down to 17 or 18V.  This substantially reduces the output of the motor and slows things down.

Either way, it was far too late to do anything about it, so on to race day!

FORTH!? Behind a dalmatian!

So there are three factors that contributed to my car not performing like I'd hoped.  Firstly, even at its best, the car generated very little force.  With more time to properly design/tune the motor, I probably could have greatly improved the efficiency, but as is, it's more of a proof-of-concept.

Secondly, I had remembered the steel starting gate correctly, but I had forgotten exactly how it was shaped.  Rather than any kind of door or gate, there's a simple steel bolt in the center holding the cars back. 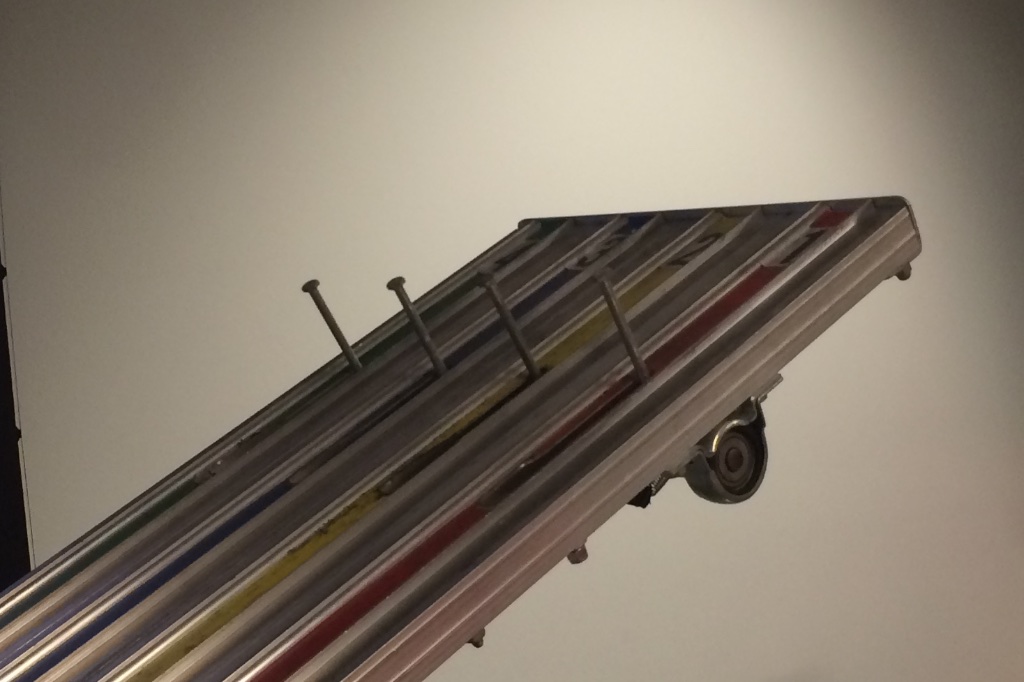 Finally, the biggest reason my motor didn't work was the air-gap between it and the track. In order to get any appreciable amount of force out of the motor, the distance between the stator and rotor had to be minimized.  Unfortunately, I had forgotten how the track was designed.

Thinking back to my Cub Scout days, I had assumed the track was like this: 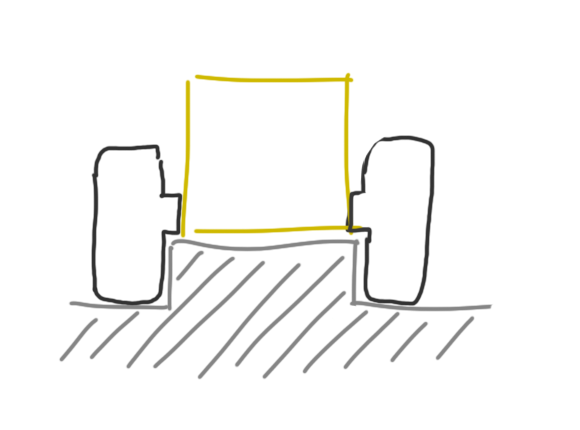 Which would have placed my motor very close to the aluminum rail.  In reality, the track was shaped like this: 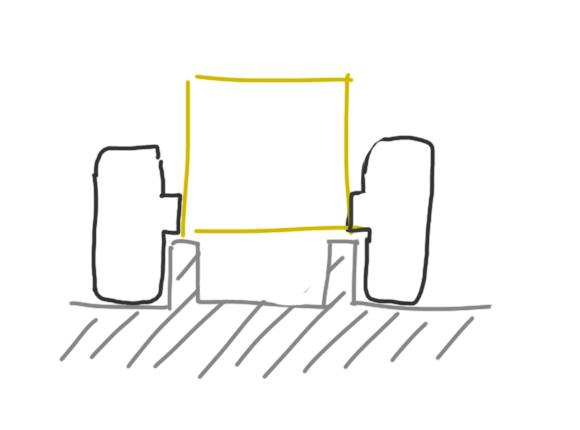 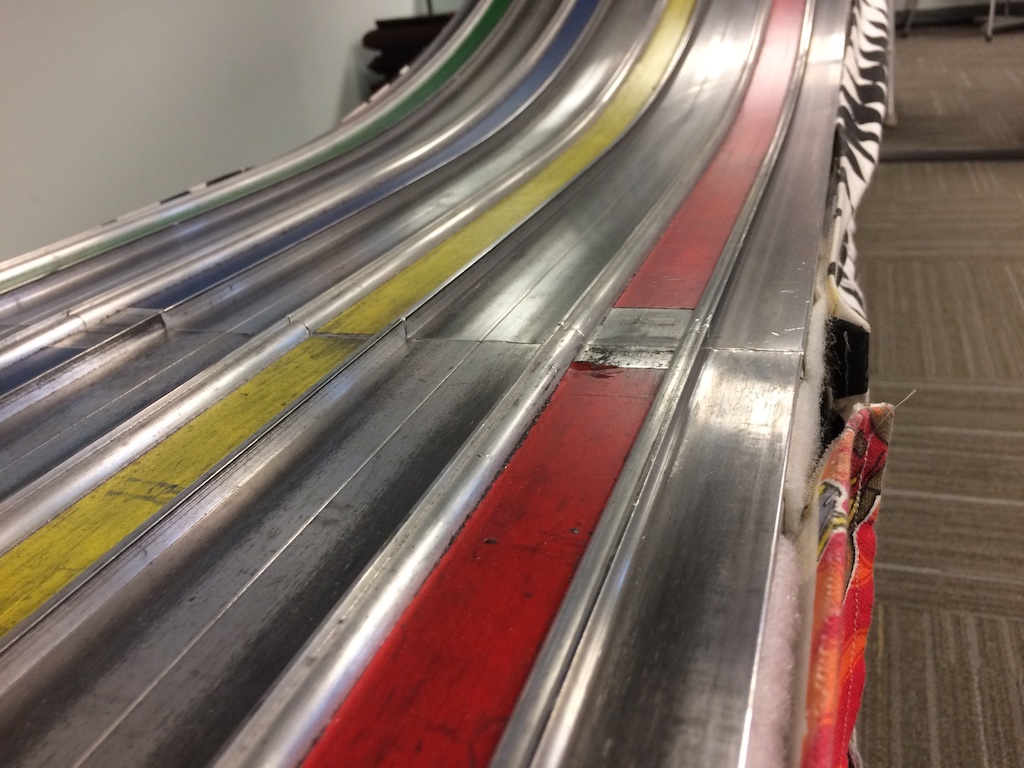 So even if I had tuned the motor perfectly, it would have been very difficult to get it to work across an air-gap of nearly 10mm. Even large industrial machines typically have an air gap less than 1mm.

Despite losing the pinewood derby, I am very pleased with how the whole project turned out.  I was able to learn a lot about induction motors, and everyone was pretty impressed with my ability to fling small pieces of tinfoil across a table.

I'm also really proud of the paint job! Even after its batteries die, I think this car makes one hell of an ornament for a shelf.  It'll have to do until I can afford a real Tesla...

Looking back, the only part of the project I'm still a little miffed about was losing to this jerk: 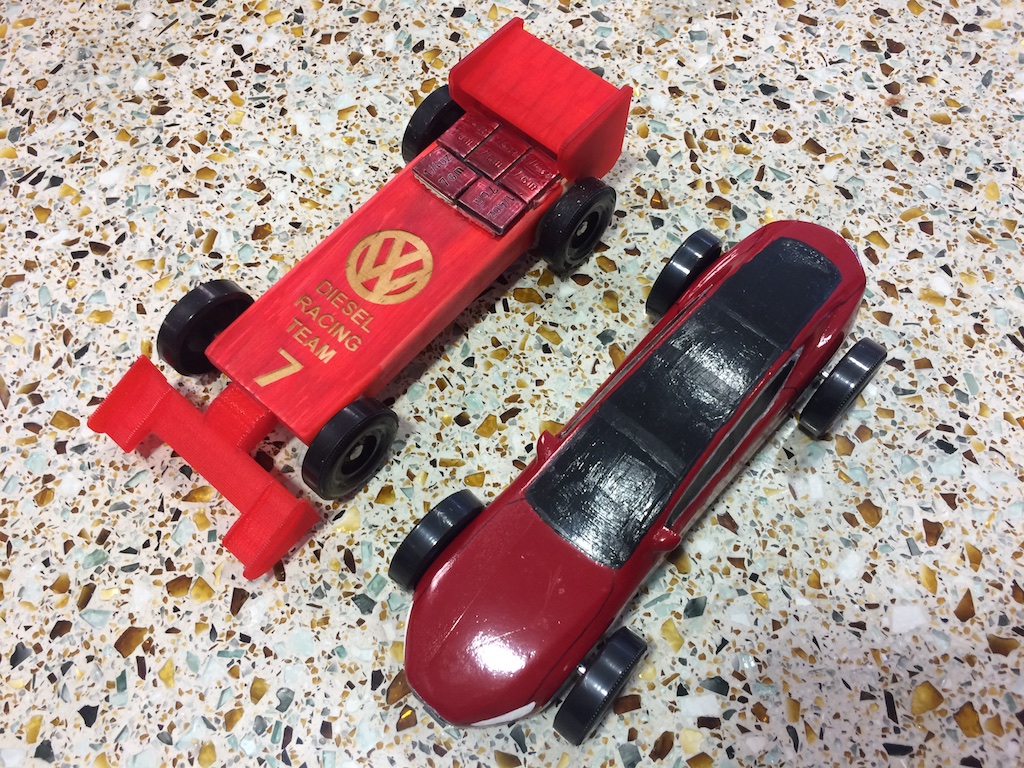 Download the files for this project here: Tesla package v1.0