So, I haven't updated in a while (it's been one hell of a week), but just to get you up to speed. I got my new micro controllers and everything is just peachy there. Don't worry, I found a new home for the old ones:

More importantly, I got my LEDs!
These dudes are small. Like, you have no idea. Let my try to give you an idea with these pictures: 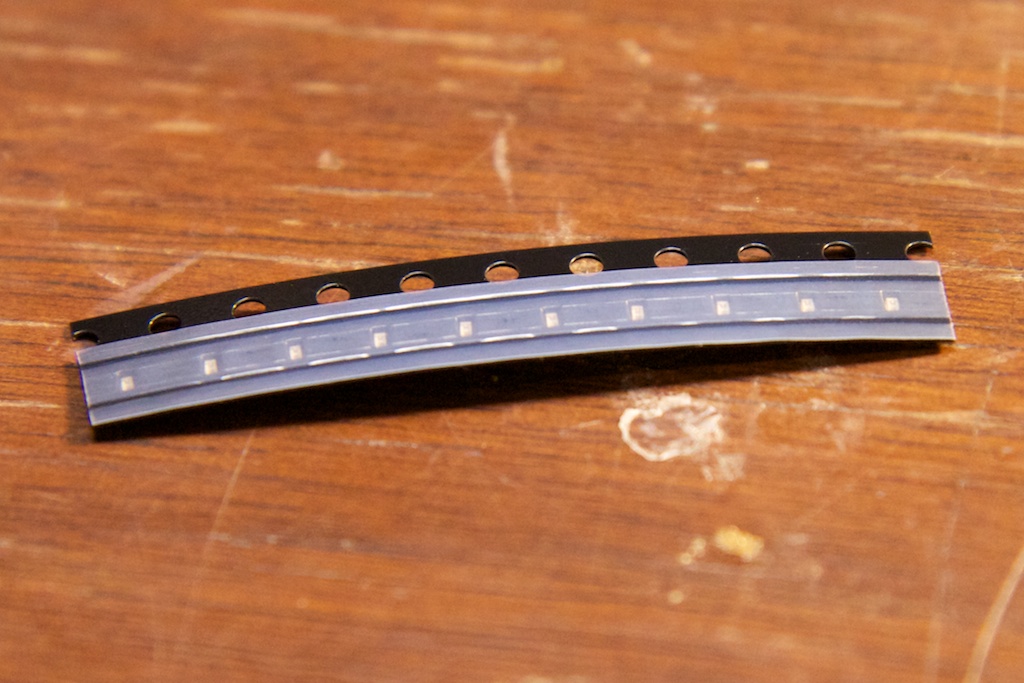 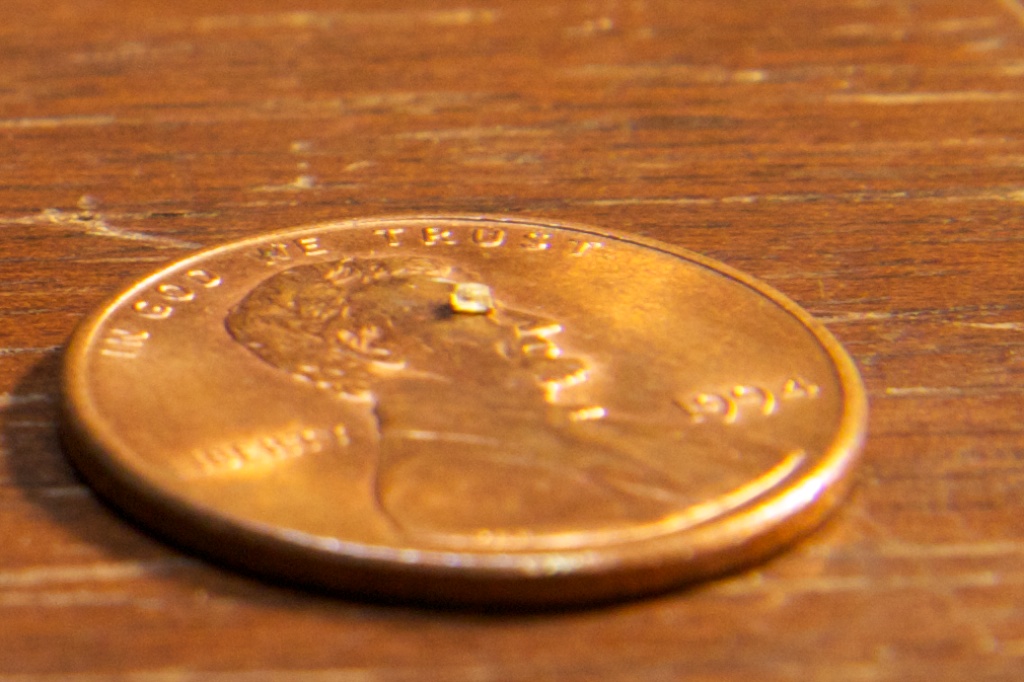 Everyone knows Washington had wooden teeth, but did you know that Lincoln had LED eyes? 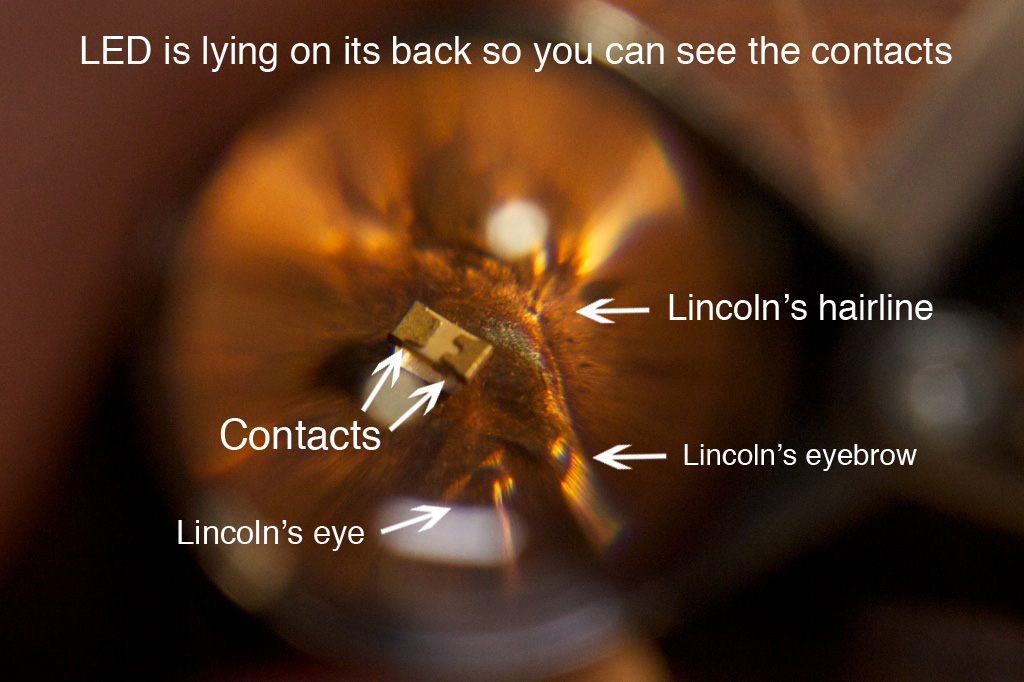 I really had to mind my Ps and Qs dealing with these guys. Especially the Ps. At some point, the word "people" sent an LED flying.
It wasn't so small that I couldn't solder it, however. Let's just say that I'm very very glad I bought all the stuff I did, especially the glasses.
One technique I devised for holding the LED still was using tape sticky side up.

I wasn't very careful though, so I did melt the tape a little...
My technique was to flip the LED on its back, dab some solder on its contacts, and then heat the wire and touch it to the contacts. The flux pen was indespensible in this process. With enough flux on the led, I could just blob solder on and it would form two neat little mounds on the contacts. A little flux on the wire also helped make the joint.
I think my plan for the actual circuit is going to be to blob solder on the contacts, then flip the LED over and heat the footprint while lightly pressing the LED down.
So, if you've been keeping up with my blog, you've probably read about my concern that the LEDs wouldn't be bright enough especially when driving them at the requisite 30% duty cycle. I am no longer worried about this. In the following video, the LEDs switch between 30% duty cycle and red being on for 100% duty cycle and the other two being off. I also shake the camera around a little so you can get an idea of the switching frequency. Keep in mind that I intentionally slowed it down. I will presumably be driving them at the fastest frequency I can.
I actually did another test driving them at 20mA instead of 30mA (which is right at their absolute maximum). They are certainly bright enough even at 20mA which means I can use all of the awesome constant-current sinks that I found.
Next on my agenda is talking to the real time clock. I'm actually working in a lab tomorrow where I have to click a button every 30 seconds to take a picture with a digital microscope. I have an old mouse circuit board lying around, so I'm going to try to see if I can get my AVR's real time clock to click the button for me. I'll keep you posted.