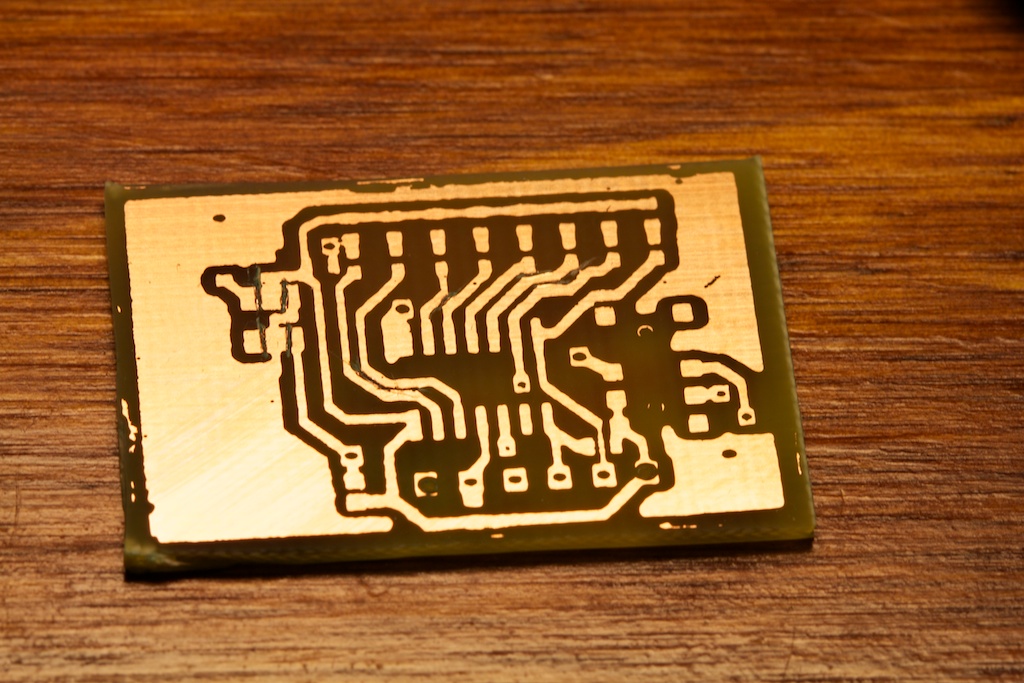 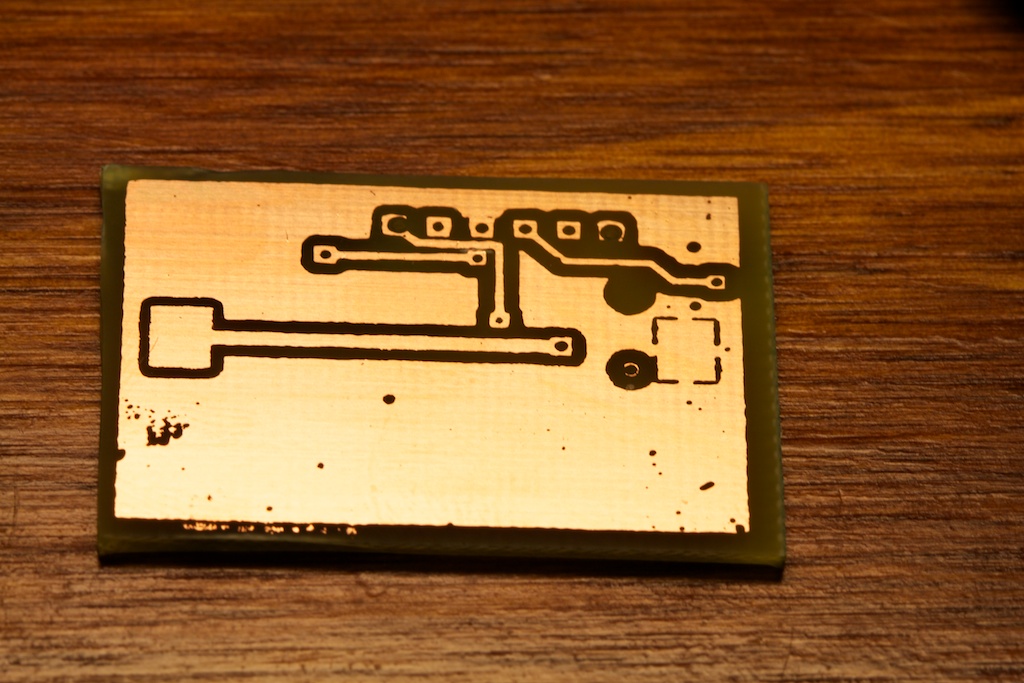 I'll explain how later, but all I can say is that my last two weekends of putsing around finally paid off.

There were a few minor shorts between some of the traces which I had to fix with a hobby knife, but I think that was mostly the fault of me pushing it a little too far.  I'll need to add more space between traces next time.

Having more space will also speed along etching, as most of this board was done in 10 minutes, and the other 20 were spent slowly etching away the last bits of copper between traces.  I think when the traces are so close, the ink from my printer bleeds together and causes those areas to not get exposed to UV like they're supposed to.

It's past my bedtime, and I'm rambling.  Short story is: I've got a three day weekend ahead of me, and I know what I'm going to be doing.