We're almost out of this guys, stick with me.

Circuit board and enclosure

There isn't much to be said about my circuit board and enclosure.  The case I used was the Hammond 1593LBK.  It's probably a little larger than I needed, but with such a large transformer, I didn't have too many options. 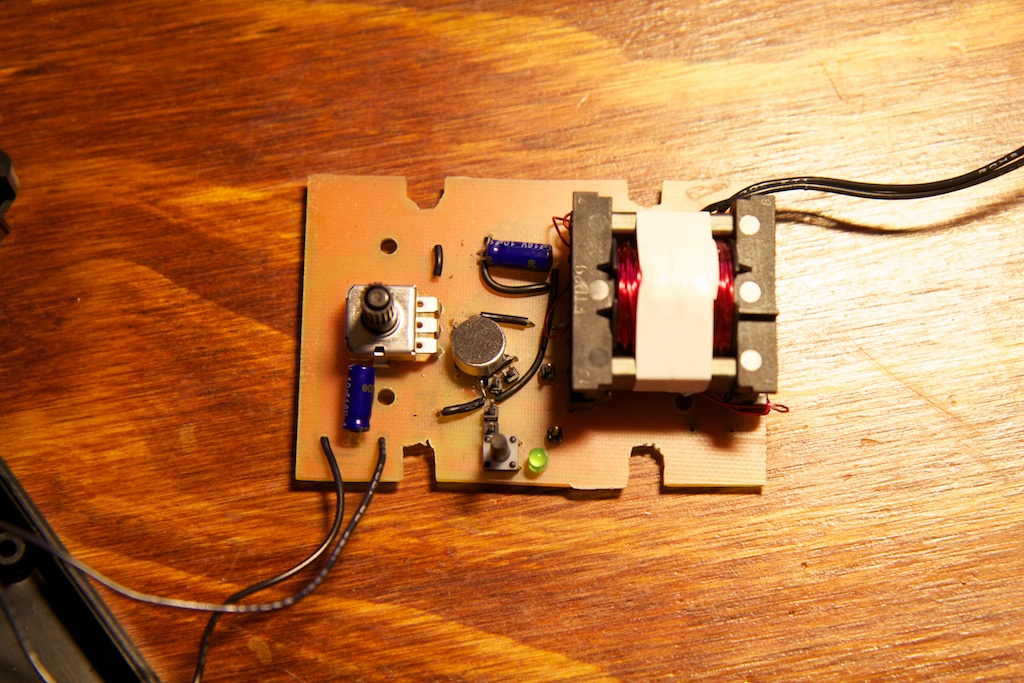 You can see where I added an LED and button.  These were intended to aid in debugging, and to give the user a way to swap between modes of operation.  Unfortunately, the shaft of my button isn't long enough to penetrate the top of the enclosure.  I'm only planning one user mode for the final product, so I really don't need the button.  I figured I'd just leave this like it is and change modes for demonstration purposes by just reprogramming firmware. 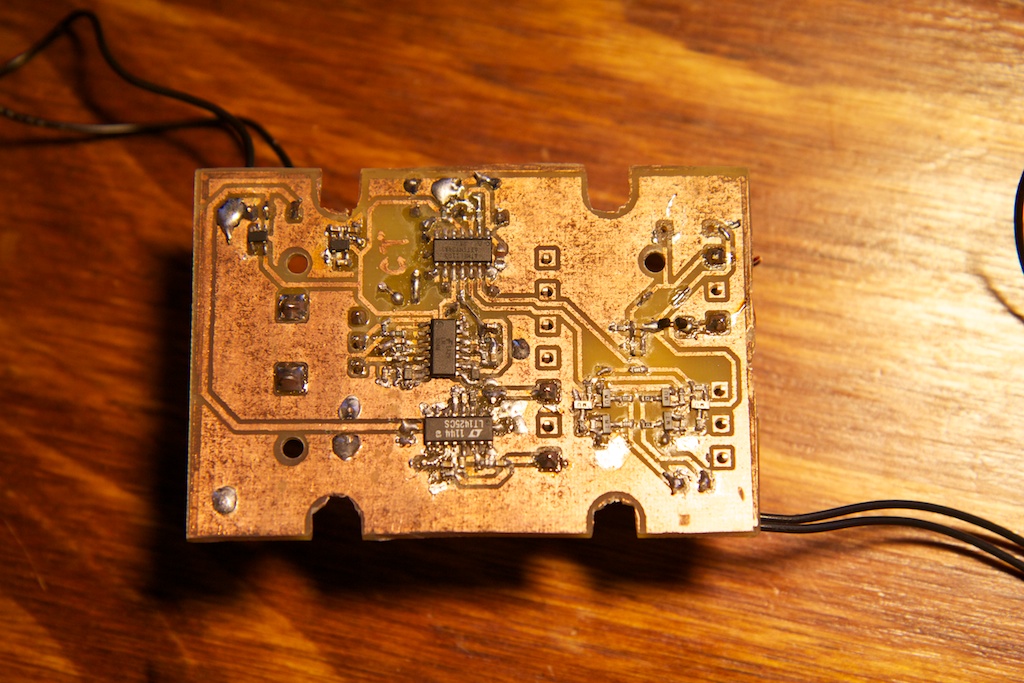 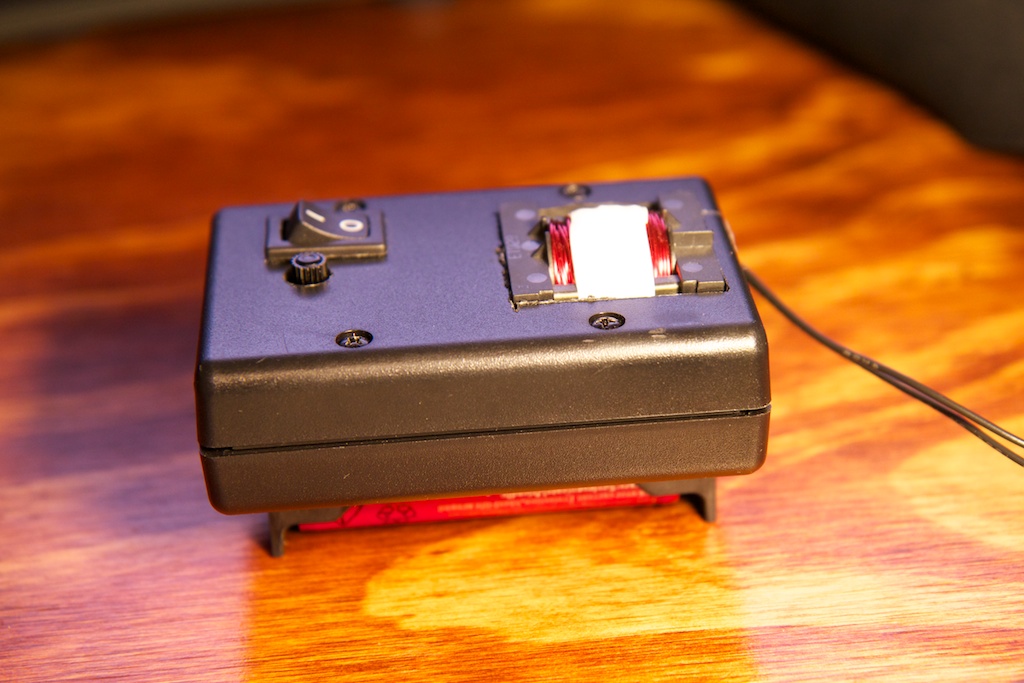 The battery holder is similar to the one I used in the DJ jacket, but it holds two cells instead of three. 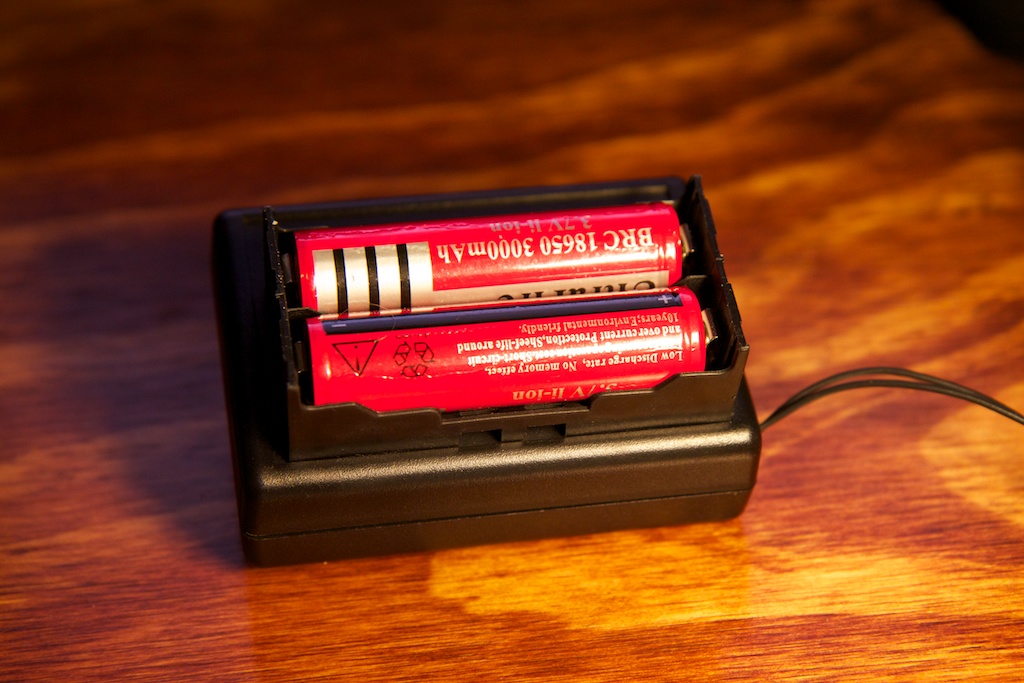 The EL panel is meant to be worn under the user's clothing so that it can shine through.  I did this by Velcroing it to an undershirt.  The Velcro on the undershirt was the iron-on variety while the velcro on the panel was the adhesive backed type. 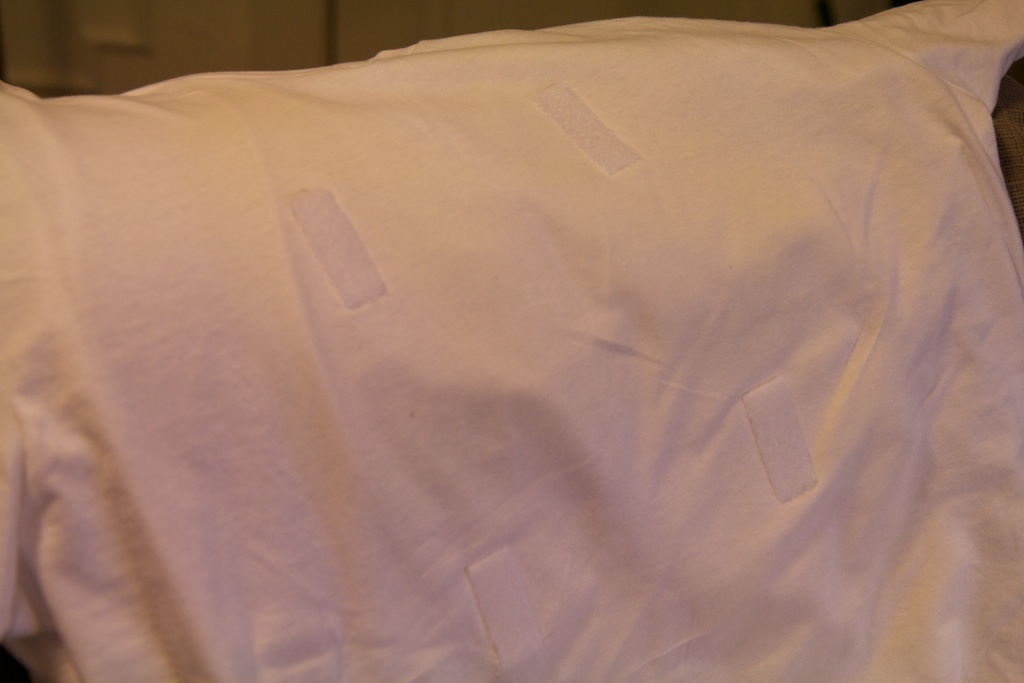 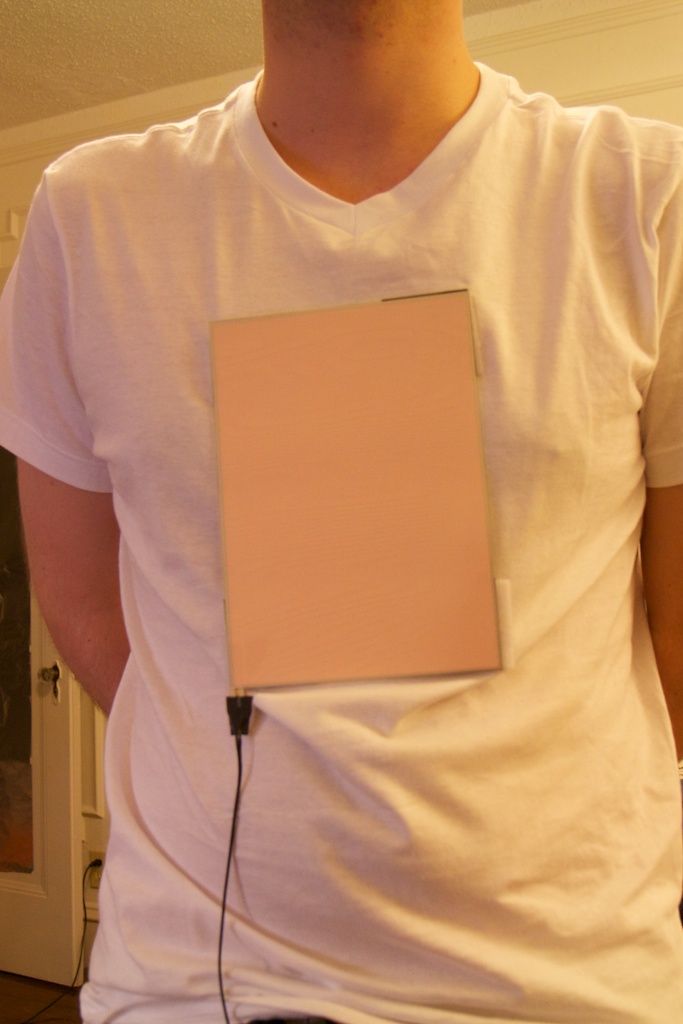 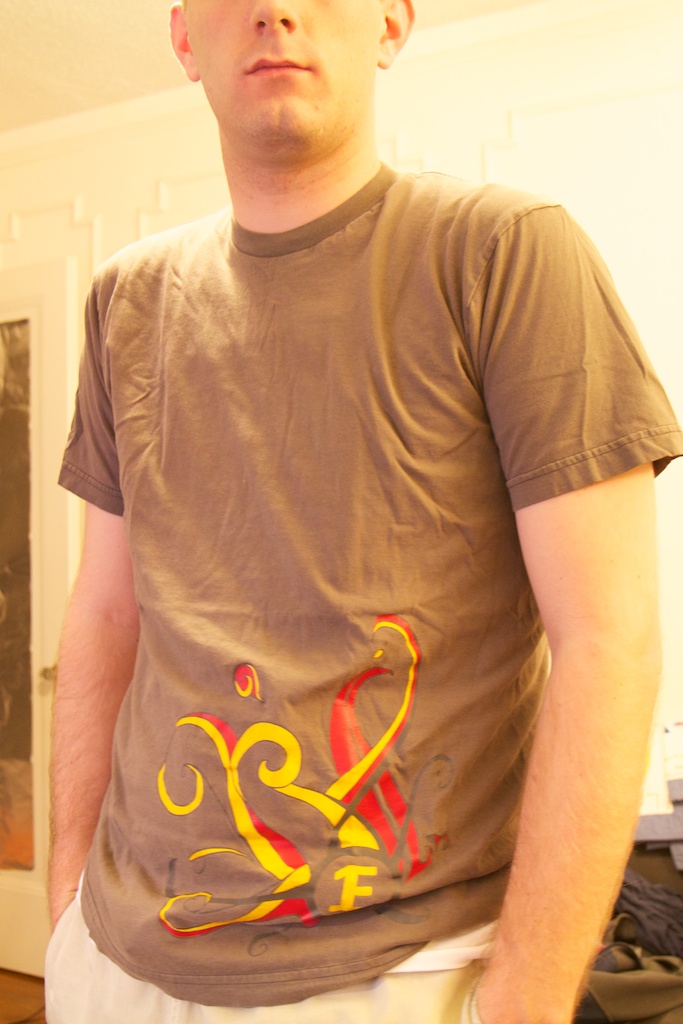 I was hoping the panel would be more flexible as the edges are pretty easy to make out under a shirt.  If I slouch my shoulders right though, it isn't obvious, and in a dark room, you can't tell at all.

My original plan was to cut the EL panel out into my desired shape, but I realized that that was fairly difficult because of the way the panel was assembled and sealed to be one piece.  Cutting it could have caused damage and made the whole piece a lot less durable.  Instead, I simply printed out the desired design on overhead transparency paper and taped it to my panel to block the light appropriately.  This also gave me the ability to change my design after the fact. 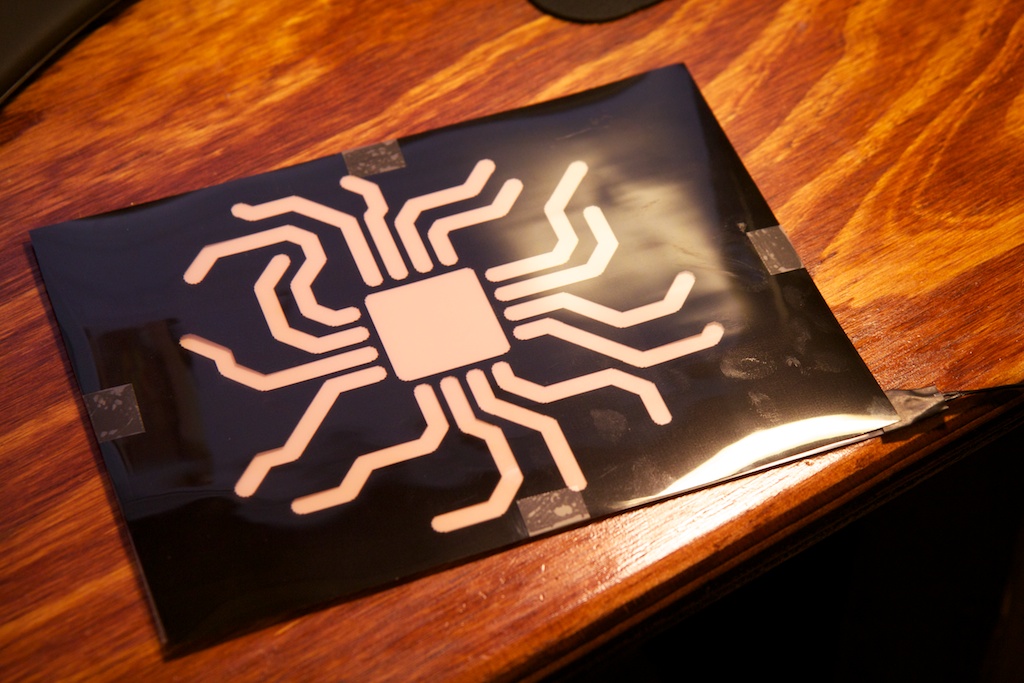